Saved by The BeatBuddy 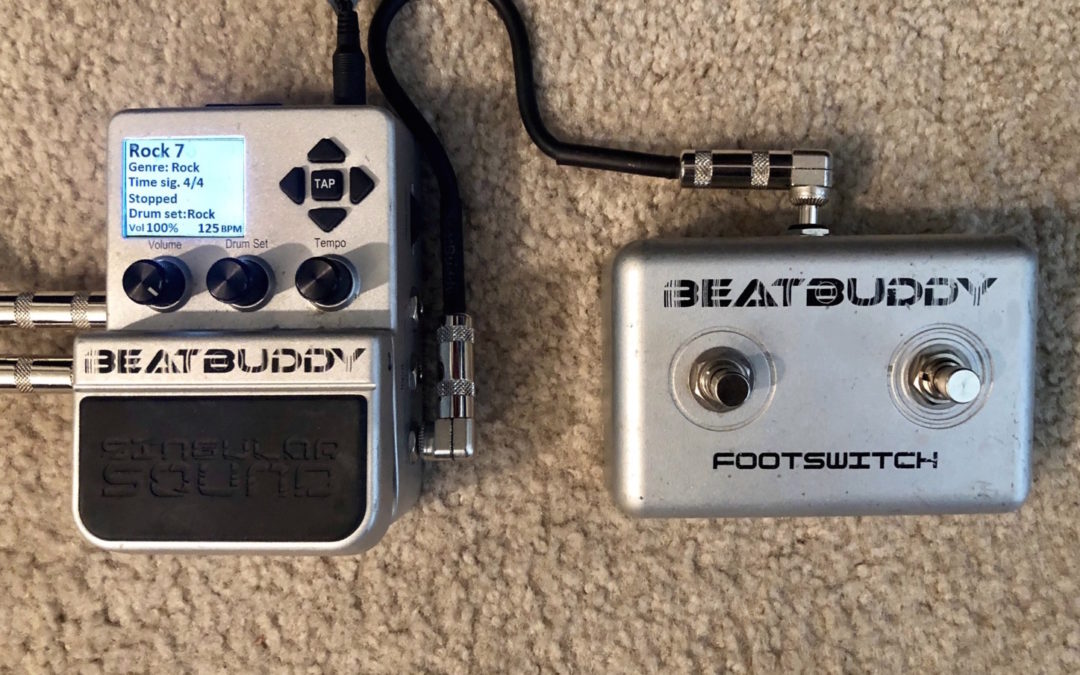 Have you heard this one before? Three guys get together on Friday night to jam. We all play guitar and enjoy similar brands of beer. After a few weeks, one of the guys gives in and starts to play bass. Along with actually learning the real words to Louie Louie, we start using the drum beat on a cheap piano keyboard. The jams are getting better and hopes rise that someone might actually want to hear us play. And they do. We are asked to play at a friend’s house for a pool party. We need a drummer!

After several days searching the Internet for drum machines, I discovered the BeatBuddy by Singular Sound. Their website says…

And they were right. I bought one and was immediately thrilled with how good it sounded and how easy it was to use.

It’s a drum machine in a “stomp-box.” It comes with a power supply and a patch cord to plug in the optional programmable foot switch, which I purchased. It also includes an SD card that comes loaded with 10 unique drum sets, with 220 styles in 10 different genres. You have everything from heavy metal, rock, punk, blues and country, to techno and latin.

It only takes a quick glance at the pedal to understand it. You have three knobs to create your sound. Select the drum set you want, set the tempo and volume, and you’re ready to go. The easy to understand instructions explain what happens when you press the pedal.

I was so impressed with the BeatBuddy’s sound quality that I used it on several songs when we recorded our CD. It sounds as good or better than any loop in Logic Pro X. And once you become proficient, you can record a drum track in a take or 2 instead of spending hours building a track with fills and breaks using the loops.

By the way, we played the pool party and sounded great. Our friends’ accolades filled us with the illusion of being neighborhood rock stars, so we took our BeatBuddy and ventured out into the world to play at local bars and RV Parks.

It’s been three years now and the BeatBuddy has never let us down. The great sound powers up our band and makes us sound just like pros. Give it a try and you will be pleasantly surprised.