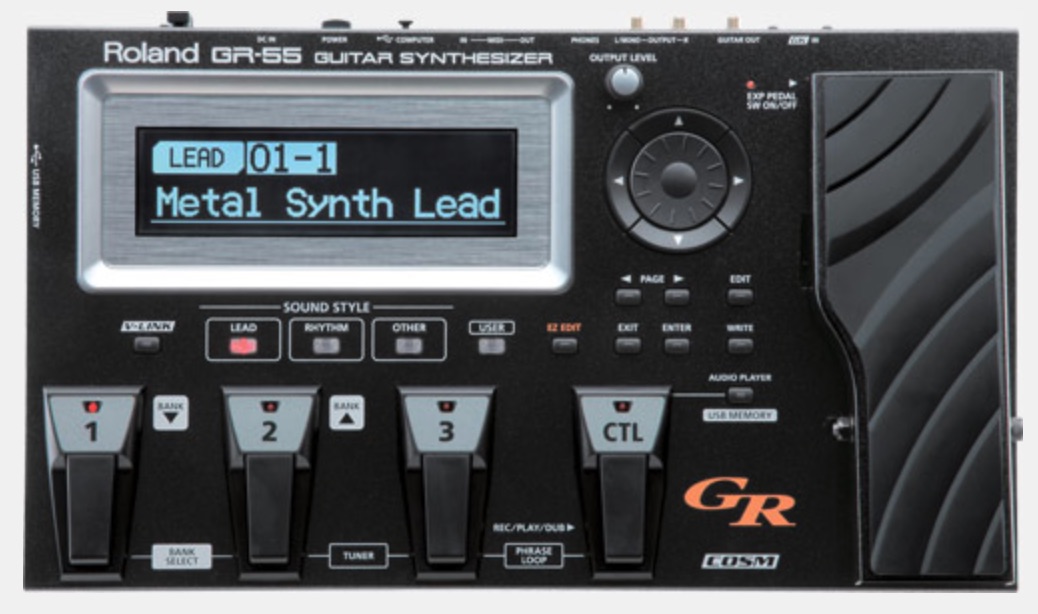 In 2016 I purchased a Godin Multiac guitar. It has a 13-pin jack that allows me connect to the GR-55, a fabulous Roland guitar synthesizer.

While I use the guitar to play gigs, I have a few other guitars I use more often, including my 40-year-old Ovation. But when it comes to recording, I love the Godin played through the GR-55. (I use a Logic Pro X DAW.)

I have a Korg keyboard synth that can double as a controller, and I’ve played through a couple of other guitar synthesizers. For me, the GR-55 is head and shoulders above the rest. Partly because I’m a much better guitar player than I am a keyboard player.

I produced a song for someone last year and inserted a kick-ass Chicago-style brass arrangement at the end of a rather sedate ballad. Man, what a difference.

I used to play violin when I was in junior high school and, even though it wasn’t a very “sexy” instrument at the time, learning to play the violin helped me learn to read music, which set me up nicely to learn to play guitar a few years later. More important in terms of the GR-55, I learned a lot about orchestral arrangements, the differences between the sounds of a violin, viola, cello, and bass, as well as the the cool sound of pizzicato strings and other interesting string effects. Using the GR-55, I’m often able to create authentic-sounding string sections, playing different parts, sometimes on three separate tracks, adding depth, elegance and poignancy where appropriate.

I’ve added accordion sounds to several songs that remind me of some early Band recordings. My favorite sound is the Anthem Guitar sound. It’s like hearing a guitar echo throughout Madison Square Garden. Adds huge amounts of audio space.

There are lots of videos on the Roland site if you’re interested in learning about the GR-55, and there are dozens of great videos on YouTube.

I’m not a real gear head. My primary interest is recording in my home studio without having to read a thousand pages to figure out what’s going on. That’s one reason I love my GR-55.

But don’t be fooled. With the power of the GR-55 sometimes I feel like I’m using a jet plane to cross the street. Whenever I dig deep into other features, the GR-55 continues to amaze.

One practical way to use the synthesizer is to figure out all the guitar effects you’re going to play during a gig. You can store the guitar effects, in the order you will need them, and you can move through the list using a foot pedal.

For more information go to www.Roland.com.