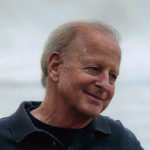 In 1967, as National Promotion Coordinator for Sunn Musical Equipment Company, Peter helped Sunn to obtain and sign exclusive product endorsement agreements with Jimi Hendrix, Cream, The Who, Deep Purple and many other chart-topping acts then touring and promoting Sunn’s amps and P.A. systems.

In 1968, Peter moved to ASCAP (American Society of Composers, Authors and Publishers), eventually becoming the Society’s Acting Western Regional Director. While there, he worked with composers such as Stevie Wonder, Don Henley, Glenn Frey, J.D. Souther, Dr. John, Stevie Nicks and Lindsay Buckingham, and many others.

In 1977, Burke and two associates began a successful music publishing partnership under the banner of Homewood House Music, obtaining cover recordings by Olivia Newton-John and, especially, Johnny Mathis’ and Deneice Williams’ No. 1 record,  “Too Much Too Little Too Late.”

In 1980, Peter “retired” from the partnership to put together his father’s estate. In 1981, Burke helped get QuarterFlash their recording agreement with Geffen Records. Their mega hit, “Harden My Heart,” firmly established the group and was soon followed by several other high-charting records, all co-published by Peter’s company, Bonnie Bee Good Music.

In 2008, “Harden My Heart” was chosen as one of the songs in the wildly successful Broadway musical (and Tony Award Nominee for Best Musical), “ROCK OF AGES.”  The show was produced as a motion picture starring Tom Cruise by New Line Cinema/WB. A soundtrack from the movie was also released.

In 1985, after a successful trip to an independent music convention, MIDEM, in Cannes, France, Peter represented the English duo, GO WEST, helping them to obtain their international record deal. Shortly afterward, they scored with two mid-chart entries, “We Close Our Eyes” and “Call Me,” both on Chrysalis Records. This success was followed by their inclusion on the soundtrack recording for the film “ROCKY IV.”

In 1994, Peter functioned as music supervisor for the independent film “THE DYING GAME” (Rampant Lion Productions) that was distributed in many overseas markets. He also made his debut as an actor in the film and collaborated on three of the songs in its soundtrack.

Peter has negotiated licensing fees for the use of songs from his and his family’s music publishing companies in many major films and television shows, including “FOREST GUMP” (Paramount), “GREEDY” (Universal), “A MILLION TO JUAN” (Samuel Goldwyn Company/Crystal Sky Productions), “GREMLINS” (Universal), “FAST TIMES AT RIDGEMONT HIGH” (Universal) and more.

In 2006, Peter appeared on Disk Two of the Walt Disney Company’s Platinum Edition DVD release of “Lady And The Tramp.” He described what it was like as a kid, listening to songs written by his dad, veteran producer Sonny Burke, and singer/actress Peggy Lee for the movie.

In 2008, “Tales of Fannie Keenan Better Known as Dora Hand,” a musical controlled by Peter’s company, P.S. Burke Music Company, licensed the show for a five week run at Oregon Stage Works, in Ashland Oregon. The reviews in all media were stupendous, prompting Peter to contact the artistic director at the Depot Theater, in Dodge City, KS. Because Dodge City is the actual location for events portrayed in the musical (circa late 1870s), and that took place back then in the infamous Alhambra Saloon, the Depot Theater presented its 2010 production of “Dora Hand” in Dodge City’s equally famous Long Branch Saloon. The show was sold out every night of its run.

In 2009, Peter’s family-owned Hawaiian record company, Tantalus Records, Inc. had a track in the Walt Disney Company’s production of “Hannah Montana: The Movie,” starring Miley Cyrus. Also in 2009, Peter licensed the use of “Midnight Sun,” a song written by his father, Sonny Burke, Lionel Hampton and Johnny Mercer, in the Clint Eastwood-produced “Johnny Mercer: The Dream’s On Me,” for a Turner Classic Movies (TCM)] documentary

Aside from Peter’s music business interests, he has collaborated on 25 screenplays, and signed contracts on several (though none were produced). A one hour documentary written solely by Peter about dinosaurs in the movies was produced and bought for viewing in over 126 U.S. television markets in anticipation of the release of “The Lost World” in 1997.

In the early 1990s, Peter began collaborating with Jack Kirby, who together with Stan Lee, created Marvel Comics’ legendary line-up of famous super heroes, including Iron Man, X-Men, Fantastic Four, Incredible Hulk, Silver Surfer and too many more to mention here. Along with Kirby historian and writer Ray Wyman, and with the blessings of the Kirby Estate, Peter collaborated on “The Horde,” a never-completed novel begun by Kirby in the 1970s but abandoned due to Kirby’s declining health and exhausting work schedule. The two writers turned the project into a graphic novel and a chapter from the project, “The Horde: Book One.” was published in April, 2011.

A new musical, The Alcotts,” written by Mark Turnbull – the same playwright who created “Dora Hand” and “The Life and Times of Edouard Manet,” with Peter as partner and administrator, has been completed and is going through live readings, fine tuning and selecting performers for its debut, expected in 2020.

Peter is collaborating on two musicals as co-writer of the book (script) and lyricist or co-lyricist for both projects.

Along with vocalist Nancy Harms and co-writer and co-producer Arne Fogel, Peter is a partner in Gazelle Records. The label just released Nancy’s fourth album, “SHE,” a collection of original songs about the women who have inspired her to write and record the album.