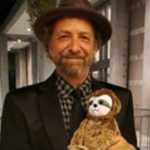 Paul Zollo is an award-winning author-journalist, as well as a singer-songwriter, recording artist and photographer.

He is the author of several books, including the best-selling Songwriters On Songwriting (Da Capo Press), which has been called “the songwriter’s bible.” Containing more than 60 interviews with the world’s greatest songwriters, including Bob Dylan, Leonard Cohen, Neil Young, Lou Reed, Pete Seeger, Sammy Cahn and Paul Simon, it’s used as a textbook in college songwriting courses around the world, including USC, UCLA, Berklee, and NYU.  Zollo was awarded the John Bettis Songwriters Fellowship Award in 1992 for this book.

The New York Times, as well as The New Yorker magazine, both declared that Zollo’s 1992 interview with Bob Dylan is the best Dylan interview ever, and the only one that focuses entirely on songwriting and creativity. Famed record exec Jac Holzman said that Zollo’s interview with Leonard Cohen, also included, is “the best interview ever on the art of songwriting.” He’s presently at work on Volume II, which features interviews with Leiber & Stoller, Dave Stewart, James Taylor, Matisyahu, Chrissie Hynde, Stephen Stills, Rob Zombie and others. He’s also the author of Conversations with Tom Petty (Omnibus), The Beginning Songwriter’s Answer Book (Writer’s Digest) and The Schirmer Complete Rhyming Dictionary (Schirmer). In 2005, he wrote a book about Hollywood and its unique history, Hollywood Remembered (Taylor Trade), for which he was awarded the 2005 “Man of  Hollywood” award.

He’s contributed writing for the program of the annual Grammys program, produced by the Record Academy, for 17 years. He’s contributed writing, research and interviewing to many films, most recently Legends of the Canyon, directed by Jon Brewer and narrated by Henry Diltz, a loving chronicle of Laurel Canyon and its musicians, such as Crosby, Stills, Nash & Young, for which Zollo conducted all the interviews.

He’s a singer-songwriter, former leader of the band The Ghosters, and presently a Trough Records recording artist. His debut for Trough, Universal Cure, will be released in November, 2014. His previous album, Orange Avenue, featured a duet with Art Garfunkel on the song “Being In This World.” He’s written songs with many great writers, including the late Steve Allen, as well as Severin Browne, Bob Malone and Darryl Purpose.

Zollo is also a celebrated photographer, known for his portraits, and has had his work displayed at galleries in California, Illinois and New York, including Cannibal Flower, the Infusion Gallery, Soho Dream, Nocturne, Valjenna, Memphis Café and Joe’s Diner. He has contributed frequent photo essays to Campus Circle magazine as well as portraits in American Songwriter, San Francisco Chronicle, Chicago Tribune, and People. His work has been used in many books, and on CDs. In 2015, he will complete his long awaited book of portraits, Angeleno.

He’s taught classes and led workshops on songwriting all over the country, from Berklee in Boston and NYU to UCLA and USC, and at annual songwriting conventions, like the TAXI Road Rally. He was host of the Aspen Writer’s Foundation “Lyrically Speaking” program, also broadcast on Aspen Public Radio, for which he’d interview great songwriters such as Aimee Mann, Michele Shocked and David Crosby. Bluerailroad is Zollo’s online magazine of the arts, which he started originally to publish the full interviews that he condenses for magazines, but quickly expanded to publish poetry, photography, reviews and more.

Paul’s new book, Conversations with Tom Petty, Expanded Edition, comes out on Feb 13, 2020 (Omnibus/UK). Tom’s wife Dana Petty gave it her blessing. In fact, a conversation with her starts the new edition.