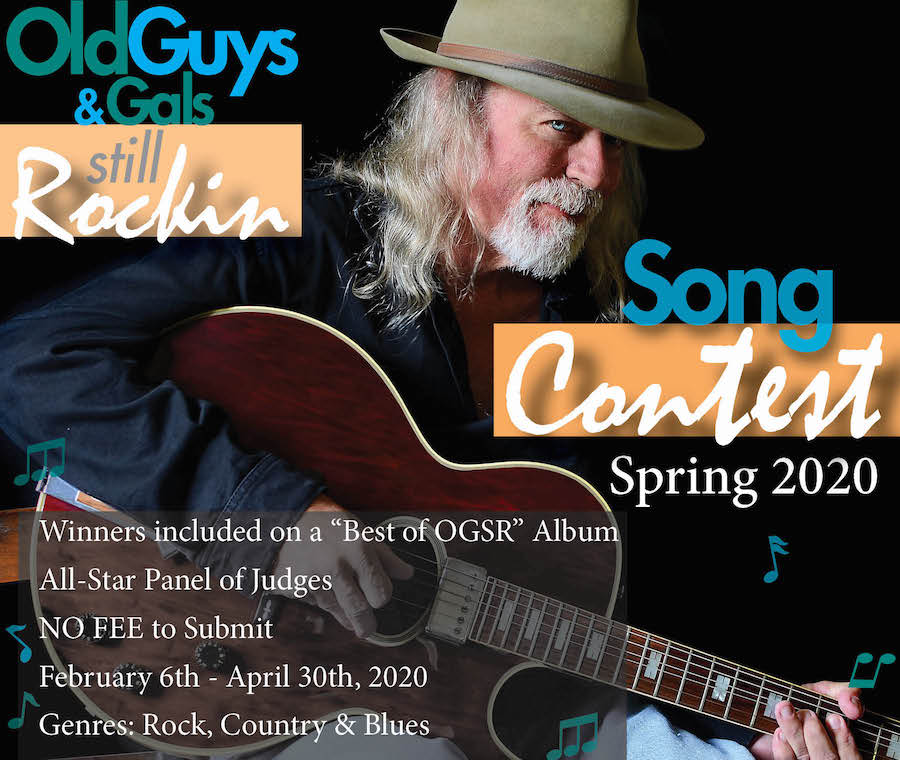 So, you’re 50+ and you’ve still got some music in you. There’s no “American Idol” for “geezers” — even though we don’t think of ourselves that way. Where do you go just to listen to new rock and roll these days? If they’re not playing new McCartney or the Stones on the radio, the odds are against radio stations playing your songs, even if they’re great. (Seems the only place you can hear “new rock and roll” is on country music stations.)

Lots of 50+ men and women singer/songwriters and musicians have given up the dream of becoming a rock star, but they haven’t given up writing and playing music. And most of them want one thing: to be heard.

This song contest gives you that chance. And there is NO FEE to participate.

OGSR has assembled a prestigious Panel of Judges* from the music production and publishing world to select about a dozen songs that will be included on an OGSR album to be distributed via iTunes, Amazon, Spotify, Pandora, etc. Rules and regulations re: submissions will be posted on OGSR in January. The contest will run from January 28th through April 30th, 2020.

In the meantime, you can submit any questions to OGSR at info@OldGuysStillRockin.com and check out the Song Submission Form here.

*Click this link to see the OGSR Panel of Judges. Panelist names and bios will be revealed starting the first week in December. More names will be added into January.