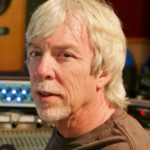 Educated at Syracuse University, SUNY College at Oswego and SUNY College at Buffalo, Matt Forger began his involvement in the music business by mixing live sound for rock bands in the Northeast.

Matt recorded and mixed Michael Jackson’s music for the CAPTAIN EO attraction for Disney, produced by George Lucas and directed by Francis Ford Coppola. He continued his association with Michael on the albums BAD, DANGEROUS, HISTORY and BLOOD ON THE DANCE FLOOR. He has collaborated with Sony Music on the Special Edition re-releases, THE ULTIMATE COLLECTION boxed set and BAD 25, the 25th anniversary special edition release. Matt is also featured in the Spike Lee film BAD 25, which documents the making of the BAD album, the accompanying music videos and the BAD world tour.

His production contributions reach across the globe for artists like Japanese pop superstar Yumi (Yuming) Matsutoya. In 1984 he was first asked to bring a new sound and production techniques to her recordings. He worked on 15 albums as recording engineer, mixer and co-producer, 14 of which entered the Billboard chart at #1.